4 years ago we sent out the following announcement:

Christina and Lloyd are pleased to announce the birth of our third child — a son — Griffin Arthur Peter, on Tuesday June 22nd at 3:24pm.  Griffin was 8lbs, 4 oz and measured 20.5″ in length.  Mom and son are home from the hospital and doing well. Sister and brother Emma and Calvin are excited by the new baby in the house and are learning the fine art of fetching stuff for the baby.

Here’s the pictures we sent: 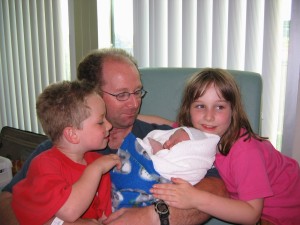 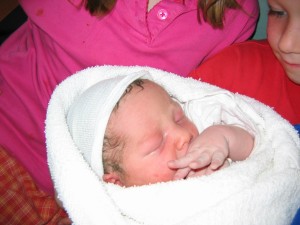 His name is a conglomeration of grandparents:

All had passed away before Griffin was born, my grandfather Arthur, most recently, when I was about 8 months pregnant with Griffin. So, there was the family honour thing, but also, I wanted a name that spoke of strength, since he hung on through what appeared to be a threatened miscarriage and then my kidney stones in the second trimester, (probably the result of all the antacids I had to take during his first trimester).

This is Griffin at 1 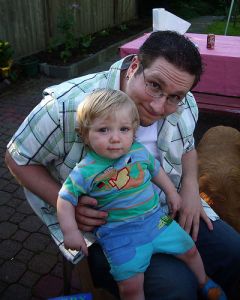 This is Griffin at 2 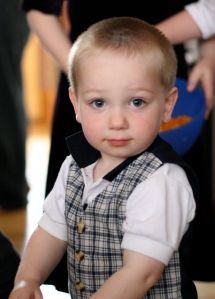 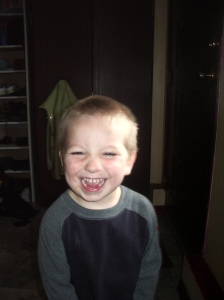 And just a couple of weeks ago: 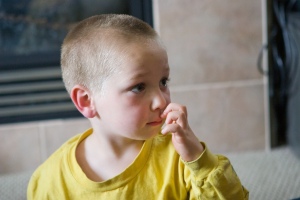 To which he replies

I not alligator. I Griffin.

(It’s only lately he’s been able to add the ‘r’. It used to be pronouned Giffin). And this game is good for dude, sir, mister, or even big boy.

I know, you’re not a baby, you’re Griffin.