Be warned. This is an R-rated post. Mom, you can just avert your eyes, or have Sarah read you the funny bits. 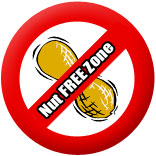 As I was getting a coffee at the public market I noticed a vendor selling nuts and chocolate. At his stand he had a sign that read “Better than sex“. Somehow there must be a joke in there about sex being better with nuts, but the sign wasn’t helping because it said “Better THAN sex” not “Better WITH sex.” And suddenly I was reminded of the best unintended meaning ever…

Once upon a time on mountaintop in a land far, far away, known to its subjects as Burnaby, there was a school of higher learning nestled among the clouds. A young and earnest student was taking her requisite Psychology 101 course and was searching for a topic for her term paper. The professor, tired of talking to earnest young first years who knew nothing about psychology said, “Why don’t you do a paper on Obsessive Compulsive Disorder?”

“Okay!” The bright young thing said, and set about doing some earnest research on her sure-to-be brilliant paper.

She spent hour upon hour sprawled in the stacks scanning learned books and journals for information on Obsessive Compulsive Disorder (or OCD–see? all that research is already paying off). And in one glorious moment, all her hard work was rewarded with the following case study. (I hope memory serves for some of the finer details.)

A woman and her boyfriend had attempted to have sex for the first time. She, being of a religious background that looked unfavourably on pre-marital sex, apparently had some mixed feelings about this, because in what should have been the heat of passion, she started obsessively and compulsively quoting random pieces of prayers. Not exactly a mood-setter. After several unsuccessful, but piecemeal prayer-filled attempts, the couple sought professional help. The therapist, in the course of their discussion, learned that the woman liked macadamia nuts. So his suggested course of action was for her to (excuse me, this is where I compulsively start snickering) eat macadamia nuts while they were having, or at least attempting to have, sex. The rationale of the therapist for this method was twofold: first for the woman to distract herself, and second, for her to start creating a pleasure association with sex rather than a shame association.

And lo, and behold, his seemingly crackpot method worked, for, as the journal observed in the BEST unintended meaning of all time…

as sex became pleasurable for them both, the nuts were no longer needed.

It was the first and last time that earnest, young student ever defaced a library book. She underlined the passage and added a ?! in the margin. How could she not? I defy you to do any different. I hope she was not the first and last student to take pleasure in that mother of a proofreading gaffe.

The earnest, young student got a B+ on her paper and still can’t eat a macadamia nut without giggling.

Judging by the case studies though, it could be a lot worse.